In aviation, Five Oaks is present at air shows throughout Texas and across the U.S. providing media coverage and event promotions.

As a Colonel in the Commemorative Air Force, David has provided media services for squadrons operating historic WWII aircraft such at the B-29, B-25, P-51 Mustang and B-24.

Five Oaks has covered motorsporting events across Texas and Oklahoma, including: 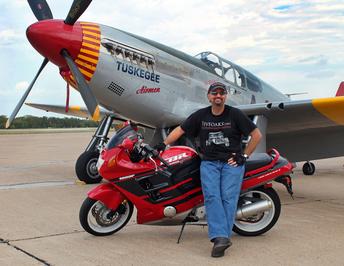 Five Oaks Creative is a subsidiary of Five Oaks Consulting, which was established in 2009. The company deals in promotions, photography, reporting and graphic design for motorsporting and aviation events. Five Oaks is owned and operated by David O'Connor, an independent consultant specializing in marketing and communications.

Prior to launching Five Oaks, David worked with a large multinational non-profit for nearly 25 years, serving in marketing, fundraising and public relations roles.